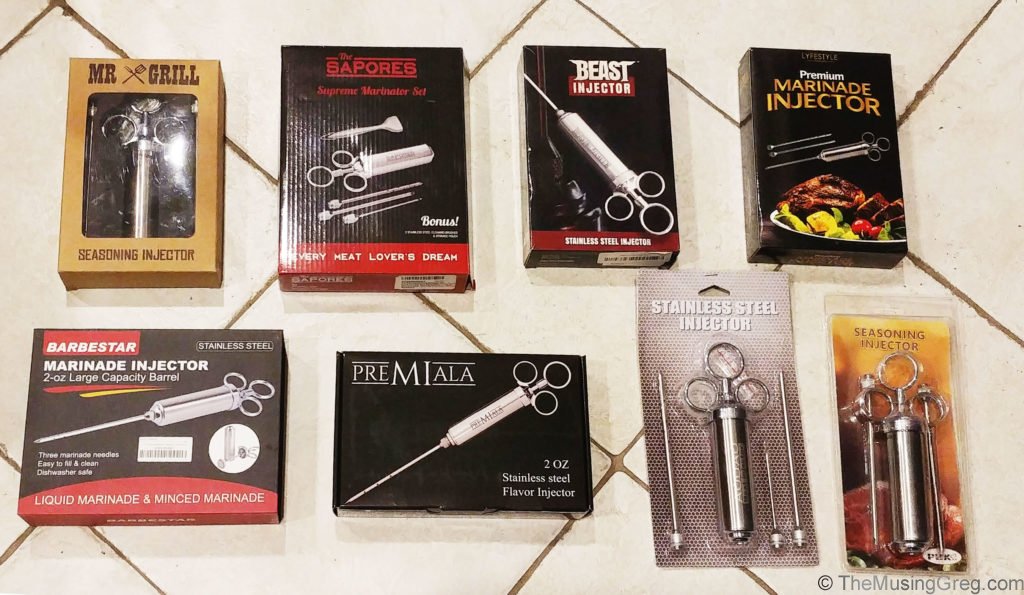 Before we start… why this review is more accurate than almost all others.

A bold claim to make? Well what makes this meat injector review different to almost all others is that we actually physically bought ALL the injectors in this test and then ran actual tests ourselves! Almost every other online review site simply summarizes customer reviews on Amazon and other sites and puts this into their review. They almost never have any hands-on experience. This makes it a lot cheaper and quicker for them to throw up lots of reviews, but it means you the reader aren’t getting fair results because it’s not based on real-world testing – everyone is just regurgitating the same (possibly incorrect) comments.

So with that said… read on and find out what you REALLY need to know about meat injectors!

There are lots of meat injectors on the market with lots of different factors to consider, so what may be best for one may not suit another.  To make your decision easier, we’ve bought and used a number of them and summarised our findings in this review.

We found so many important differences to consider that we wrote a separate article –  ‘Choosing a Meat Injector’ – which explains the main criteria you need to consider.

END_OF_DOCUMENT_TOKEN_TO_BE_REPLACED

I recently purchased a Giandel 1200W Pure Sine Wave Inverter for our caravan, and spent extended time testing it under a variety of load conditions.

END_OF_DOCUMENT_TOKEN_TO_BE_REPLACED

Meat injectors are a great tool for increasing the flavor and moisture in meat.  They basically look like a giant hypodermic syringe, and they’re used to inject brine, marinade or sauces into meat before it’s cooked.  Normally with marinating, you just sit the meat in the marinade and let it soak in, but it only soaks a few centimetres in.  With injecting, the flavor and moisture gets deep inside the meat where it can permeate the whole cut of meat, ensuring the finished cooked product falls apart and is full of flavor!

Read this in conjunction with our Top 5 Meat Injectors review to find out what we liked.

What to look for?

END_OF_DOCUMENT_TOKEN_TO_BE_REPLACED

Our 2019 meat injector review has been updated for 2020 and can be found here. 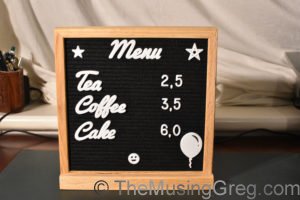 END_OF_DOCUMENT_TOKEN_TO_BE_REPLACED

Seven months on how do I find the Surface 2? I’m still happy with it. The bugs I had with the screen seem to have gone. I’m guessing since others have commented on the problem it must be a software glitch, not an issue with just my unit, so it could have been fixed through a software update. It only came back once when I put a screen protector back on, but since that’s been gone so has the problem.

END_OF_DOCUMENT_TOKEN_TO_BE_REPLACED

…continues to impress. It seems to chew through the juice slower than normal in use, but in standby it hardly sips anything, generally only dropping about 4% overnight on airplane mode. This is a big improvement on the Galaxy Nexus which would normally lose >10% under the same conditions. A lot of this is no doubt largely due to the GN’s 1750mAh battery compared to the LG’s 3000mAh, but it’s good to see that larger battery translating into longer battery life rather than simply driving a hungrier processor / screen etc. For a heavy user the difference may not be so noticeable but as my phone is on standby most of the time, to be able to get almost two full days out of a single charge is a big improvement!

My current phone is a Samsung Galaxy Nexus. Bought it two years ago just as they were being phased out and it’s been a good daily driver. I liked the simple Nexus experience. Several months ago it had been running slower and slower so I rooted it and installed the last official ROM, 4.3, and started from scratch (was able to restore app settings with Helium). Unfortunately I think the hardware’s not totally up to 4.3 as it’s ended up slower than ever, sometimes taking up to 10 seconds from pressing the search box to the keyboard appearing and being able to type.

So I started looking for alternatives. The Nexus 4 was on my list as I liked the look of this when it came out, but the Nexus 5 quickly joined it as its replacement and also packs LTE. Then I saw the HTC One (M8) which looked magnificent, and then read some reviews on the just-released LG G3. This last one sounded like exactly what I was looking for, but wasn’t released and also expected to be priced right up in the $600+ bracket.

It boiled down to a toss-up between the Nexus 5 and the LG G2. The hardware was very similar. LG Nexus 5 vs LG G2 read before purchase – LG – Android phones explains some of the differences, but in short it’s the better camera and battery life on the G2 and larger screen in same sided body, plus oddly placed buttons and custom skin which I was unsure about, vs wireless charging and quicker software updates on the Nexus 5. Coming from a Nexus background I liked the philosophy of the Nexus 5. Most reviews listed them as about equals taking into account the higher price tag on the G2, but by now the G2 is about the same price as the Nexus 5. Eventually I got a 3 month old 32Gb G2 for $350 on Gumtree which feels good since it’s a current model still selling around $600 new.

I’m pretty happy with it so far.

Finally! Got the device exchanged today at City Cross Harvey Norman. Starting afresh with a brand spanking Surface 2 32Gb. I understand it’s an uber attractive device, but hopefully ghosts can keep their fingers off this one and busy themselves with, I don’t know, walking through walls or something useful.

I’m now just over three months on with my Surface 2, and the overall impression is one of satisfaction with a well-made device. It’s proving to be useful in all the areas I expected it to; it hasn’t excelled in areas I knew it wouldn’t (legacy app support) but I’ve been able to do more productive work on it than I expected.

However I’ve had one bug with it which has been with me since day one. I hinted at this back in my original review where I referred to some screen redraw issues, and with the benefit of hindsight I believe this was related to the bug I’m now discussing. I explained this more fully in the follow-up review about a month later. It’s a phantom touch registering in the top left corner of the screen.